The D Day started off early morning, since we had to reach the Golf Club for the driver's briefing. So, after a scrumptious breakfast at The Mosiac hotel, off went in search of the Golf Club. The location itself was not hard to find, since all we had to do is follow the lovely sound of petrol engines revved up to the max. It was total aural pleasure to hear the motor at full throttle. (takes a break, closes his eyes, and imagines the sound, ah!)

After the mandatory briefing, which set our expectations, and gave us an idea of what not to expect, we got the Road Books for the next 5 days. Leg 1 and Leg 1a were going to be the most challenging, since it was an all night drive, and since it was a first time for many people, including us, we yet had to settle down as a team. Personally, i had never read tulips before, and it was going to be a huge learning curve for me.
From there, we rushed back to the hotel, checked out, and were back at The Great India Place, which was the location of the ceremonial flag-off. The entire place had a festive air, with cheer girls, media people, one lost DJ, and lots of people milling about. Since I was a new comer to the rally crowd, on MV's suggestion, I could easily mill about the other cars, and have a close look at the equipment being used by others...
The organizers too were having a hard time managing all the people, and setting up the start order. Ultimately, it was a First In First Out starting order, and finally we were off.
Since we had a lot of time to cover, before reaching Shakunt Resort, we took our time and went at our own pace. Filled up the Punto's tank on the way. The Punto's such a head turner. Specially in the small towns, and villages, its got a universal appeal.
On reaching the resort, we retired to our room to prepare for the long night ahead. Changed into rally gear, dusted the helmets, filled the water bottles, and got ready. Soon it was time for the flag off....
And that brings us to the end of Day1...
Trivia:
At the driver's briefing... 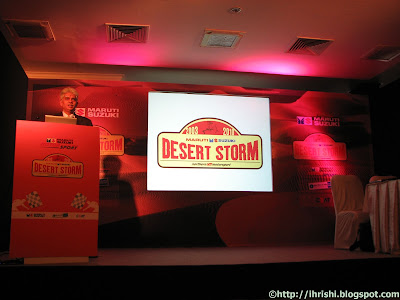 MV and me posing at the gates... 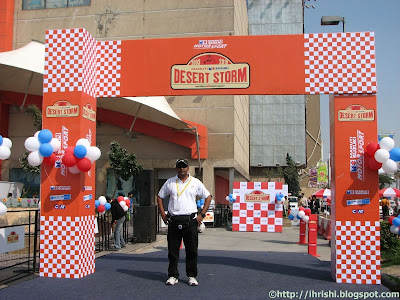 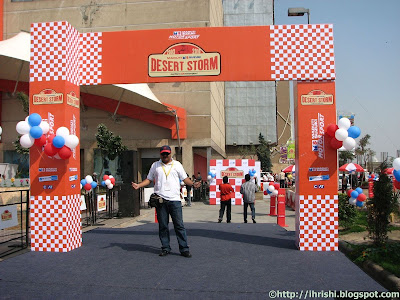 The lineup. Last year's winner and runner up 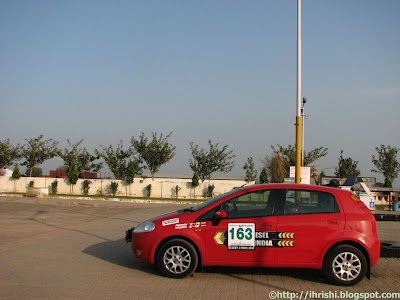 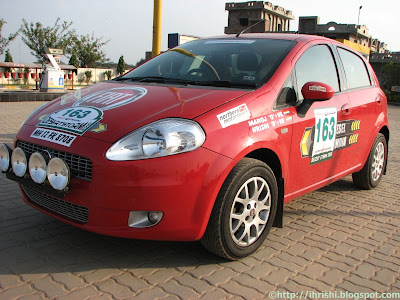 The beauty and the beasts? 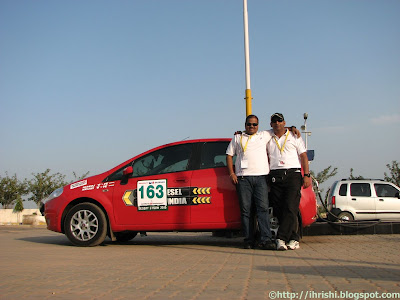 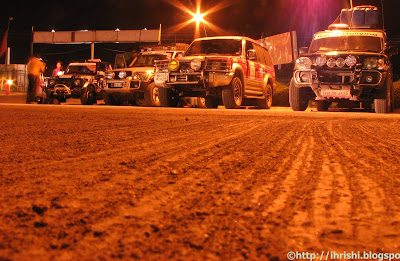 it must be awesome experience , right ?