"An Off Road adventure, starts every year in October from Shimla
Himachal Pradesh for cars and bikes."

Another 14 days to go, before I embark on an adventure. This is another of my wildest dreams come true. I will be participating in the Raid-de-Himalaya's, 12th edition.

Our ride will be the lovely Fiat Punto, 1.3 MJD. The same car we had used in the Desert Storm, Feb 2010, where we came in 4th position. Manoj Vaidya will be the driver for the Raid, and I will be navigating. We are going to participate in the "Car-Stock-Expert" class. Expert, because Manoj was the 2nd runner-up in the 2008 Raid.

Following is the schedule of events, as of right now. It might change since the situation in Ladakh is quite dynamic, and depends a lot on the roads opening in time for the rally.

We are starting from Bombay on 6th Oct, and will be taking the last flight to Delhi where we will sync up with another team - Vishal and Manish. They are going to participate in the SUV-ProStock-Amateur class with a rally spec modified Gypsy. From Delhi, we are planning
to do a fast overnight run directly to Shimla. Scrutiny is scheduled to be on 8th and 9th of Oct, followed by a ceremonial flag off on 9th itself. That's when the actual fun starts. I will be updating the blog with pics, as and when possible, so in case you are interested in the latest information, this is the place to bookmark.

This time around, I am much more prepared. Am ready for the information overload which begins the second we are flagged off. There is so much stuff to do, so many numbers to crunch at any given time, that I usually do not get to see much of the countryside, let alone take photographs. Thankfully, it usually is MV who eggs me on to take atleast a few pics, inspite of being under time pressure.

My only hopes and prayers for the Raid is that we don't get stuck, the car doesn't breakdown, and there is no major incident with us or any of the competitors.

So, ladies and gentlemen, the countdown has begun for THE RAID...start (revving) your engines...

This sunset was so beautiful that I actually spent 10 odd minutes just staring out of the window. 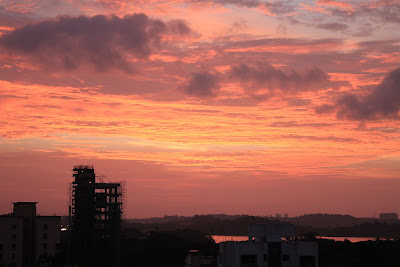 That's Redder Devil, taking a breather, during a Pune-Mumbai commute... 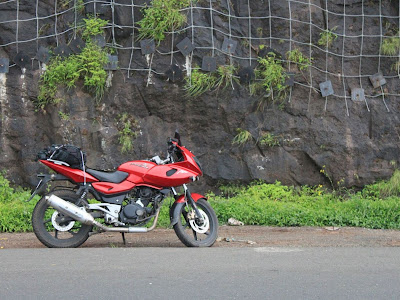 Sonny boy, enjoying himself on a merry-go-round.. 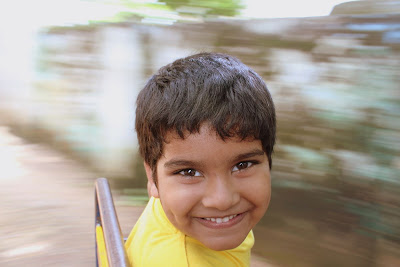 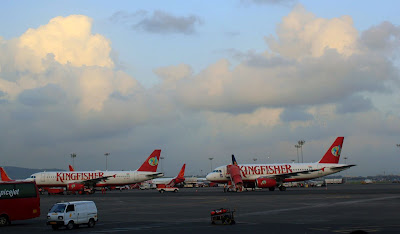 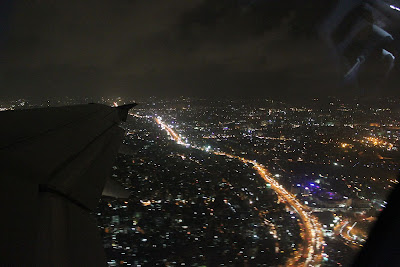 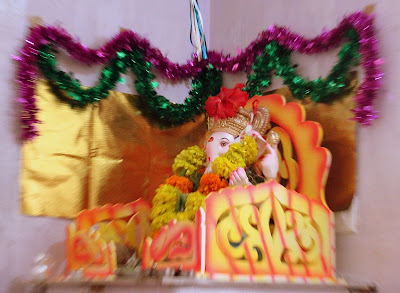 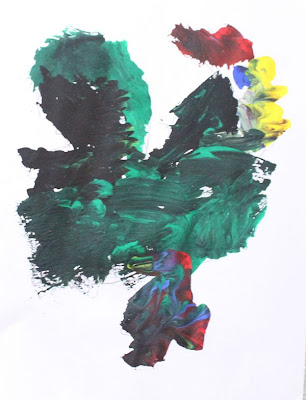 Posted by Hrishi at 8:36 PM No comments: 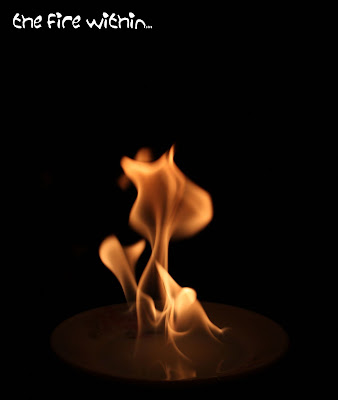 Queen of the twisties...
Pic taken during last week's trip to Bhandardara. 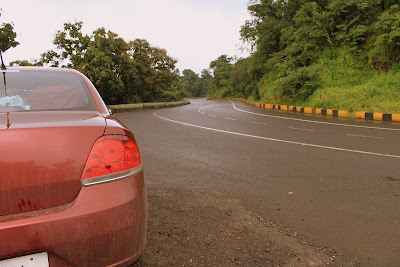 Posted by Hrishi at 9:08 PM No comments: